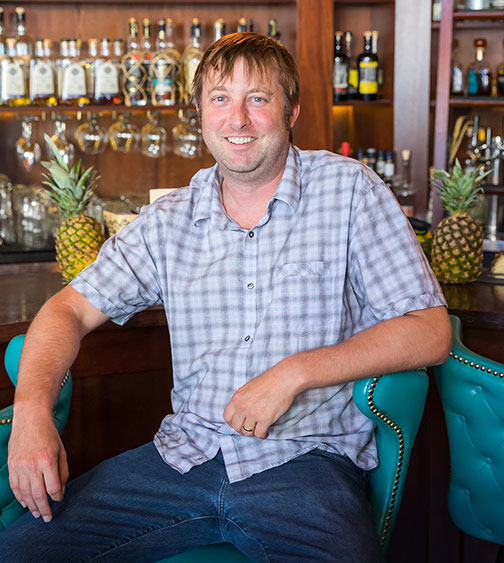 Pike Street Hospitality Group was founded by me, Travis Rosenthal.  I graduated and received a Food and Beverage degree from the Cornell University Hotel School in 1997 and made my way out to the West Coast with no job and $350 to my name. After moving to Seattle in 1998 and managing a couple of restaurants (Il Fornaio and Piatti), I wanted to take the plunge and open my own restaurant, so I went to a bank to get a loan.  The bank quickly denied my request, but, they said, based on my experience, I could get an SBA loan to buy an existing restaurant.  After looking at many different restaurants, I decided to purchase Tango Restaurant on Pike Street in 2006.  As collateral, the bank wanted my house.  With a wife and newborn baby, it was a risky move, but what could possibly go wrong?

Thankfully all went well (except for that Great Recession hiccup) and in 2012, after another child was born, I got permission from the bank to “expand” Tango and build Rumba next door in an old shoe store.

Rumba is a craft cocktail bar specializing in rum with one of the largest rum collections in the world and some great Caribbean inspired food.  Luckily, many other people besides me enjoy rum.  Actually, lots of people…

In 2017, I had the opportunity to purchase Sand Point Grill.  Sand Point Grill is a five minute drive from my home and has been a neighborhood institution since 1999.  Seemed like a great idea to have a spot to hang out with the neighbors and easily dine with the family once a week.  And it has been!

On January 1, 2019, I purchased Agua Verde Café located in a 1930’s house on Portage Bay at the University of Washington.  When I first moved to Seattle in 1998, I lived right across the water from Agua Verde and would kayak there to drink margaritas and eat tacos.  Now, 20 years later, I’m excited to own the very same restaurant that I would kayak to with my friends years ago.

Who knows what lies ahead for Pike Street Hospitality Group, but each restaurant in the group has amazing, talented, hard-working individuals who are passionate about the restaurant they work in.  My job is to give them the tools they need to succeed and help provide the entire team with a positive work environment to ensure guest’s expectations are not only met, but exceeded.  I’m a lucky guy to be able to live my dream and work with my talented team to host a party every day.